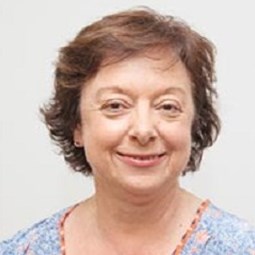 Sue Jacobs is a Neonatal Paediatrician and Deputy Clinical Director of Neonatal Services at the Royal Women’s Hospital, Melbourne. She trained in Melbourne, Sydney and Toronto, Canada, and completed her MD in 2010 under the supervision of Professor Lex Doyle. Sue was the Assistant Director NETS 2000-2006 and is the current Chair of the Neonatal e-Handbook subcommittee. She combines her significant clinical and administrative commitments with clinical research. In 2016, Sue was awarded the Woodward Family Medal of Excellence, the highest honor awarded at the Royal Women’s Hospital, which recognises the extraordinary achievements of an individual who has contributed to improving the health of women and/or newborns.

Sue has led two international randomised trials, the Infant Cooling Evaluation (ICE) trial of therapeutic hypothermia for term infants with hypoxic-ischaemic encephalopathy and the ProPrems trial of probiotics supplementation for very preterm infants. Both interventions have now been translated into clinical practice in Australia and around the world.

Sue sits on the Policy & Practice Translation Subcommittee of the CRE.