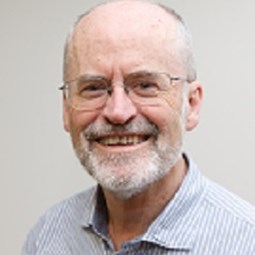 Lex Doyle is a neonatal paediatrician with over 40 years’ experience and over 550 scientific publications. He is a Professor of Neonatal Paediatrics at the University of Melbourne and Associate Director of Research at the Royal Women’s Hospital in Melbourne.  He is heavily involved in undergraduate and postgraduate clinical research education, mentoring, and supervision.

Lex’s major research interest is in evaluating the consequences of neonatal intensive care, including how to improve on that care, and its economic consequences. Over his extensive career, Lex has been a chief investigator on numerous randomised controlled trials of interventions before and after birth designed to improve the long-term outcomes for the highest-risk babies, including the tiniest and most immature newborns. He has also been involved with several groups involved with longitudinal cohort studies of high-risk infants; these include the Premature Infant Follow-up Programme at the Royal Women's Hospital and the Victoria Infant Brain Studies (VIBeS) Group at Murdoch Children’s Research Institute. Lex was also the Convenor of the Victorian Infant Collaborative Study (VICS) from 1991 to 1994, one of the first collaborative research groups in the world to evaluate neonatal intensive care in geographically-defined cohorts of tiny or very preterm infants, a group with which he remains an active member of today.

In May 2019, Lex was awarded the Howard Williams Medal at the Royal Australasian College of Physicians Annual Meeting in New Zealand, awarded annually to a person who has made an outstanding contribution to Paediatrics and Child Health in Australia or New Zealand; he is the 30th recipient.

Having led the CRE in Newborn Medicine for the previous two terms, Lex will be sitting on the Executive for this CRE term and bringing his vast expertise in contributing to the Research, Mentoring, and Policy & Practice Translation Subcommittees.